The City of Everett has a population of 103,100 and is the county seat to Snohomish County, Washington. which is located about 25 miles north of Seattle, Everett is part of the Pacific-Rim and is located on the shores Port Gardner Bay. Everett was once an old mill town built on the wood-based industries of days go by. Most of the work force today consists of more than 80,000 people and are vastly employed in technology, aerospace and service-based industries. The local government functions with an elected mayor and a city council  of seven members. Everett was also home to the late great U.S. Senator Henry M. Jackson.

The Everett marina is one of the biggest public marinas on the West Coast and Snohomish County Airport located at Paine Field is well equipped for a vast range of aircraft sizes and types. Locals and visitors alike enjoy more than 40 parks, trails, golf courses and great open spaces in Everett.  The summer and winter sports activities are plentiful at the local lakes, rivers and campgrounds that are located in the Cascade and Olympic Mountains in the eastern areas of Snohomish county, Whidbey and San Juan Islands to the west in Puget Sound.The fast moving real estate market in Everett is filled with Homes, Land, Condominiums, and property to choose from and changes daily. 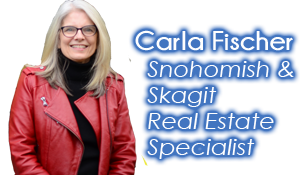